Learn how to edit source language in Localazy.

With Localazy, users with Manager role or above may edit the application’s source language. This opens many possibilities, and the usage is up to you. Do you want others to correct typos in your source language as well? No problem. Would you like to provide further context to a source string? Absolutely.

To edit a source string, click on Translations tab in your app and then click on Manage button in the source language’s row. Now, by clicking on any string, you will navigate to an edit form. 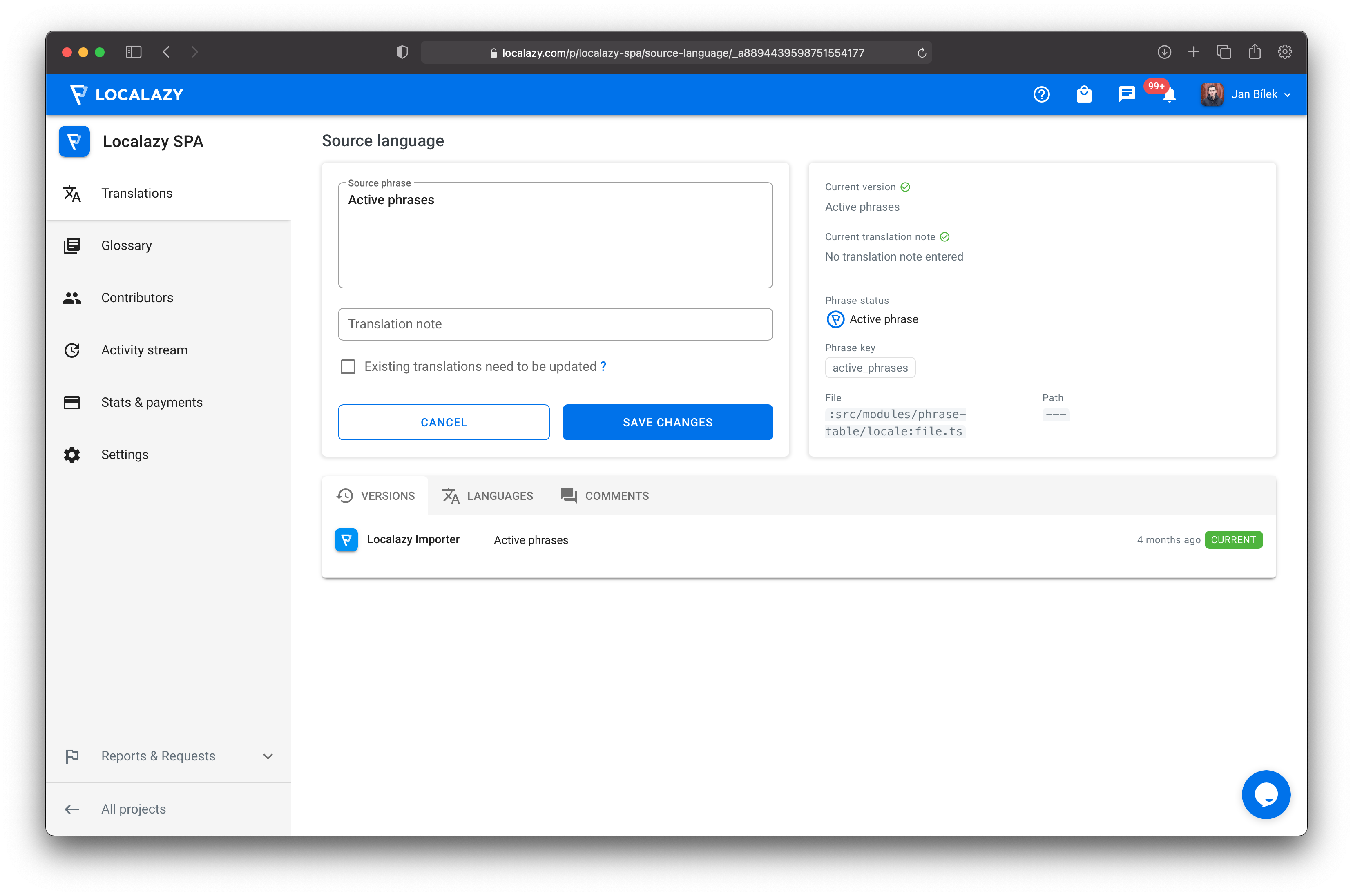 The form’s interface will adjust to the type of content you’re editing (string, array, or plural). On the right side, there is a context summary which contains current translation, note and state, and available metadata such as path or file.

Any manager can edit the value and add a translation note that will help translators and reviewers understand how this string is used within your application. 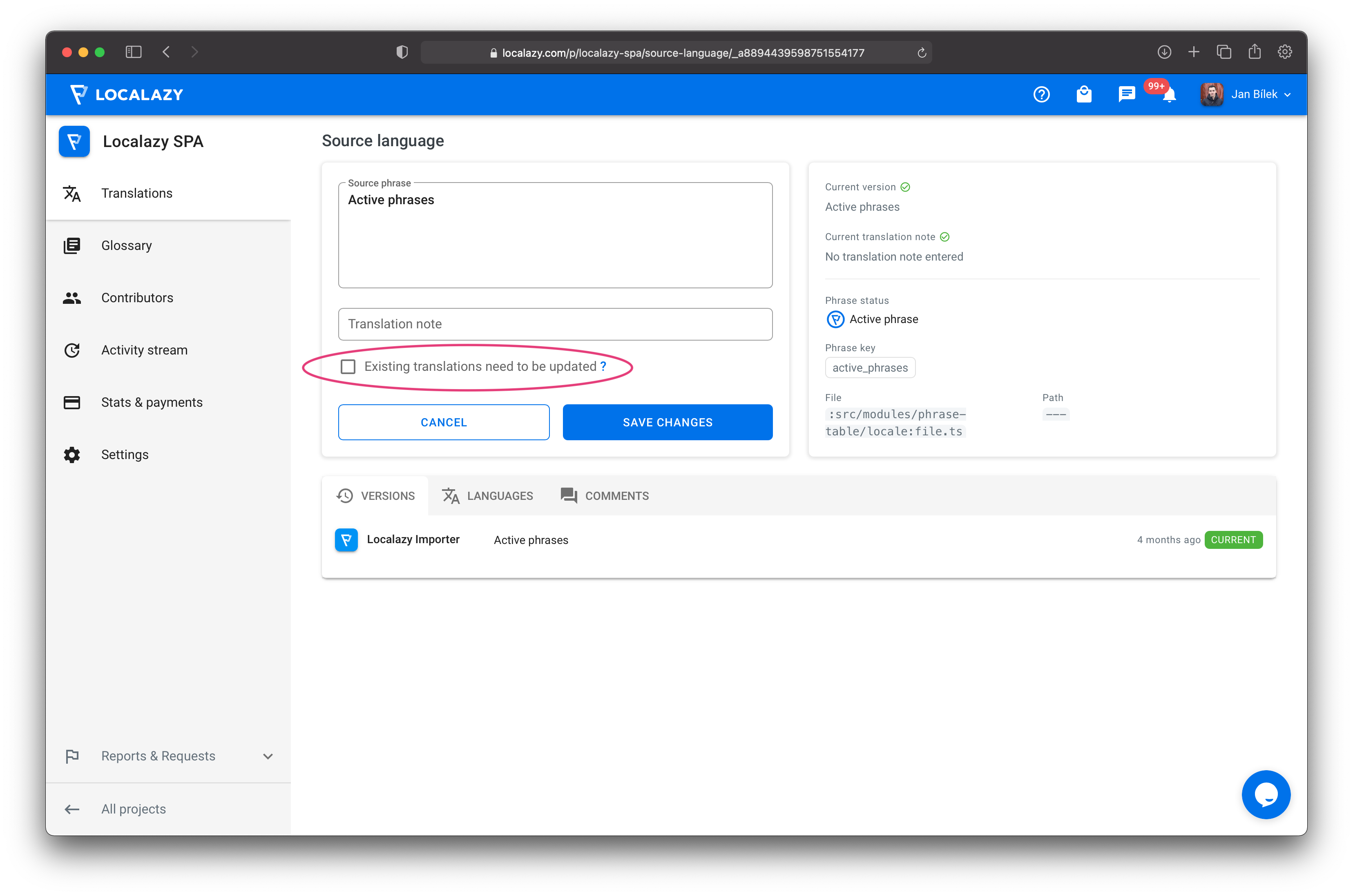 On the other hand, if the modification changes the meaning, you may want to enforce new translations for this string in all the languages you support by checking the box. In that case, saving it will mark it as source changed. The current translations will still be available for download in all languages, but they will require an update by translators.

By default, your source language’s localization files are not downloaded when you run localazy download. This happens because our simplest workflow expects you to edit source language locally and directly commit them to your repository. To reflect source language changes in your code, you need to set includeSourceLang: true in localazy.json file in download section. 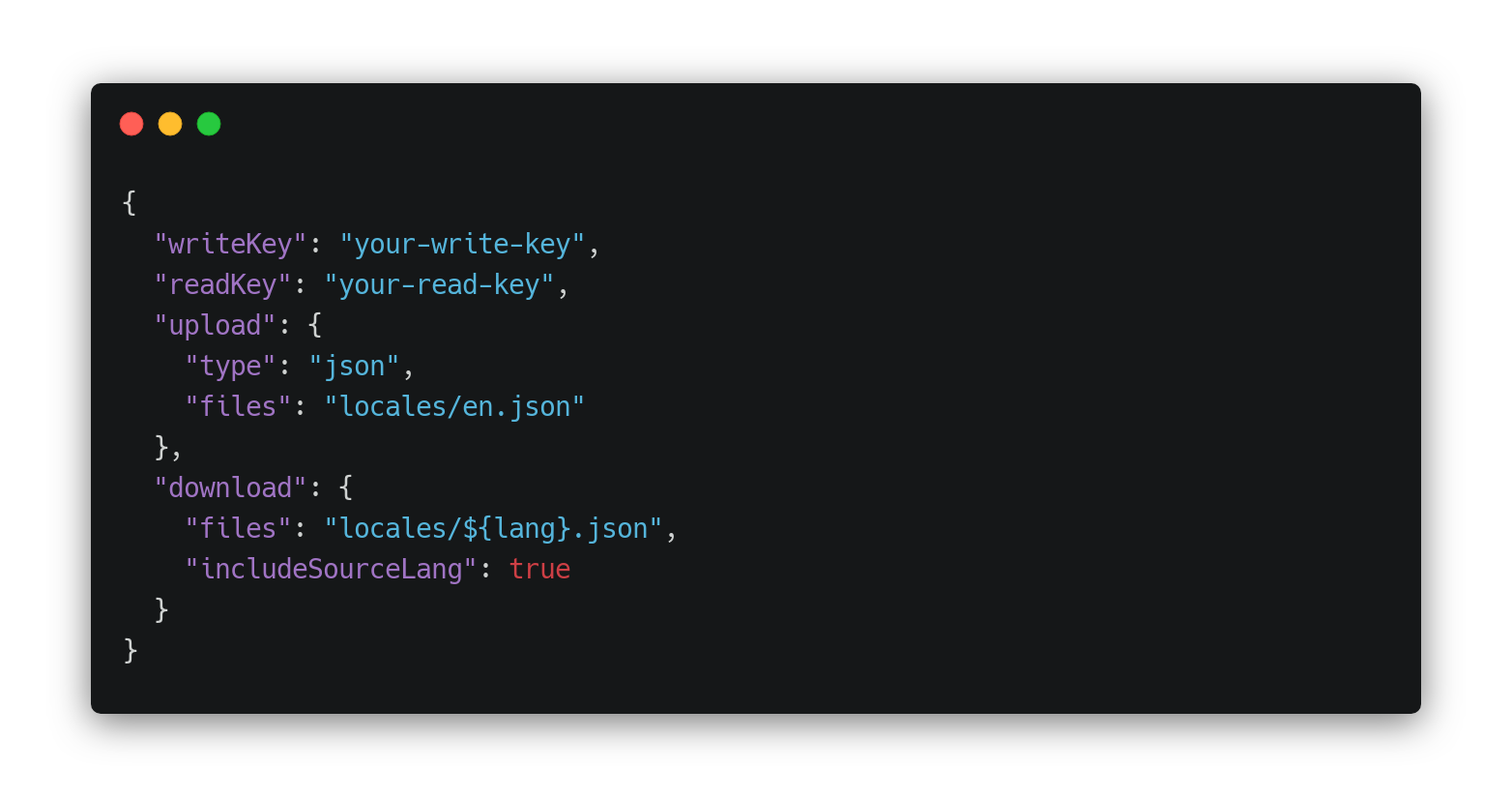 Now, running localazy download will also include your source language files and all their UI changes.

Upload rules vs. changes in Localazy 🔗

Localazy importer keeps track of changes. Uploading previous versions of a string that was in the meantime changed manually in Localazy won’t revert the changes you made. We will notify you about the strings that remained unchanged in the Activity Stream so you know that your local file is not in sync with Localazy.

If you import the file again with a new variant of the string that was not yet in Localazy, the importer will recognize the change and overwrites the string with the newly uploaded version. Entirely new strings will be imported as usual.