Learn why you should localize your app before you start burning money on app promotion in foreign markets.

Have you noticed how many app promotion agencies are in the market? How many App Store Optimization tools are available out there? And sure, app analytics and business intelligence services are not behind.

However, does it make sense to grow your user base with more users who do not speak your app's language? Sooner or later, they will find out that using your app in non-native languages is not as comfortable as it could be. User retention drops as they find better alternatives to your app with improved language support. After all, even ASO considers app store description translations.

All of us want to increase the lifetime value of every single user. Every app shall give back something to its owner. For many, app monetization is of vital importance to cover the development costs, at least. Improving language support can enhance competitive advantage in various markets. More satisfied users mean higher average revenue per user (ARPU).

You can keep pouring more users into your app. But unless you fix the leaking barrel and adapt to the different markets via localization, you will keep wasting money on app promotion, and ARPU will stagnate. 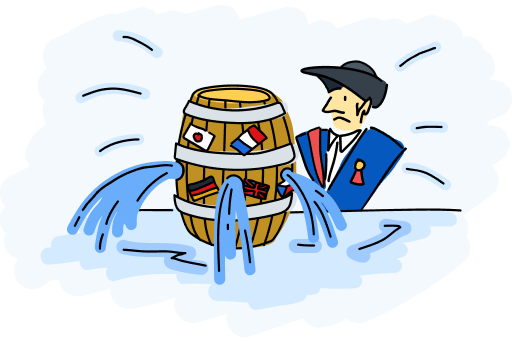 You might think that English is enough. But app localization into other languages is perceived as a must by many. How can we say that? Well, we run a localization platform! Millions and millions of end-users use their favorite apps in their native languages because app developers know the value.

However, the localization process can be a tedious task. As developers on our own, we have found current app localization tools and translation management systems so uncomfortable to use that we have decided to develop Localazy - focused mainly on making continuous localization a somewhat pleasant experience instead of a gloomy nuisance.

Do not limit yourself to one market when your app can profit from the global hunger for apps. The graph below shows just mobile apps, but every day, hundreds or even thousands of new apps are published across the globe - startups, tools, widgets, call it as you wish. If you do not localize, your competitors do and take their slice. 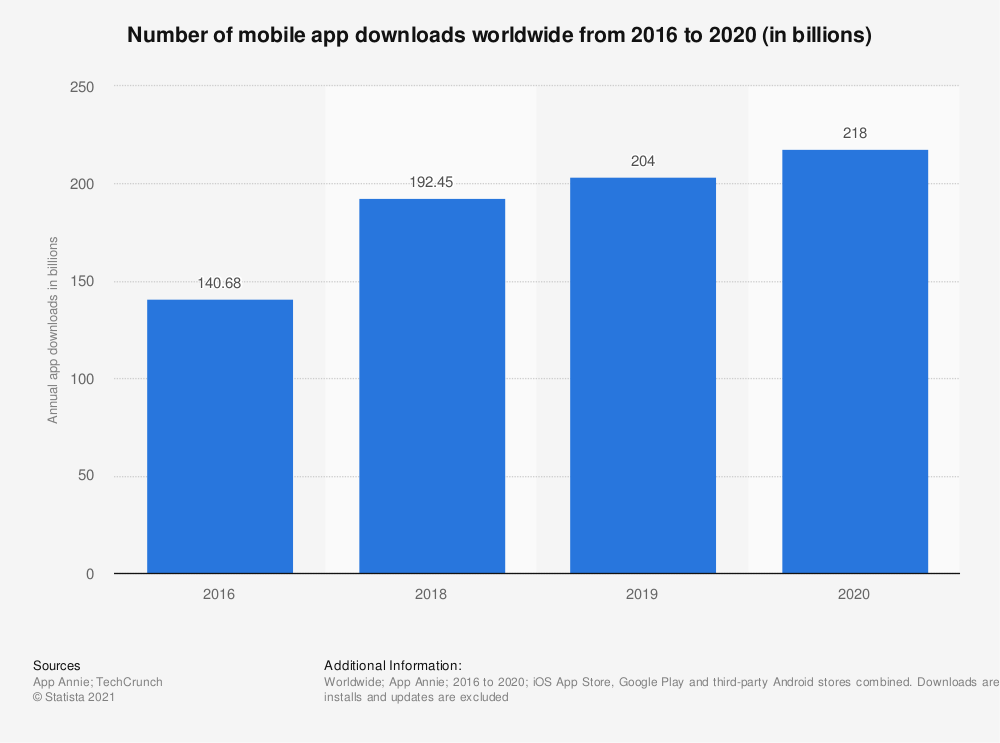 🚩 How to make your app speak many languages 🔗

One of the most frequent issues is the cost/outcome value of language translation. It can be an extremely daunting task to choose which languages will provide the best value. Of course, significant languages for global apps are a no-brainer. Still, hundreds of other languages are available worldwide, and all of them can make sense to get a competitive advantage over other apps.

For example, the European continent is full of smaller countries, and they all use different languages. And yes, all of the people do usually prefer to use their language. Speaking to users in their non-native language can be a dealbreaker.

Imagine thousands of developers at Localazy who are willing to share their app interface translations to receive some translations back. Especially when your team is small and your budget tight, sharing high-quality translations is the only way to provide many languages while keeping your energy at development, not managing translations all the time.

Using Localazy ShareTM, you can share your translations with other apps on the platform, and as a reward, get your app translated to more languages for free using a simple principle of anonymized many-to-many sharing. When a translation is approved, it’s sent to the ShareTM. And ShareTM distributes it across all other apps on Localazy. In a nutshell, ShareTM is a crowdsourced translation memory, and it is what makes Localazy unique and different from other translation platforms. 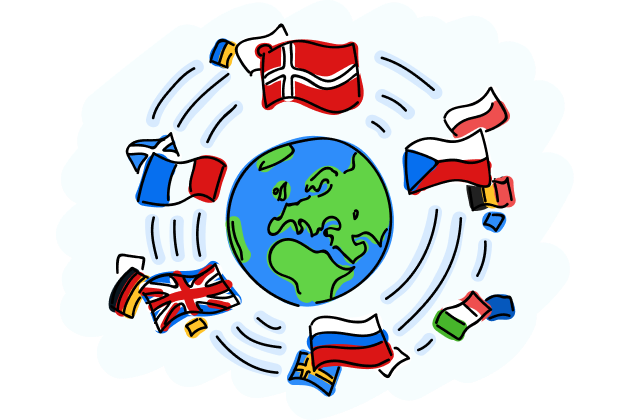 You import your app, and almost instantly, you see that Localazy automatically translates it to up to 80 languages. Depending on strings in your app, it can translate up to 50% of your texts instantly!

ShareTM suggestions are sent into the review to ensure that you have complete control over the final translation. Through the review, you can not only approve translations provided by ShareTM, but you can choose from several different versions and easily update the text as you need to create an entirely new translation from the existing one.

Some parts of this article might not be accurate. This article mentions the ShareTM feature, which we've updated later. Learn more about the Localazy ShareTM improvements in this article.

Stay safe with your private data. 🔗

At Localazy, we are aware of data protection, so we know that we can’t share everything with everyone. URL addresses, ad and app identifiers, and other things are supposed to be private and remain private. ShareTM can detect those strings and don’t process them - don’t share them with other apps and don’t even store and index them. You can also mark which strings shall stay hidden from unauthorized eyes.

🔄 Multiplatform localization can be a challenge 🔗

Modern projects are often scattered around various platforms and built with different stacks, e.g., developing a version of your app for Android, iOS, and web individually. Their localization often leads to duplicated efforts and a lot of costly manual work. Wouldn’t you love to be more productive and efficient in your localization process? Imagine how convenient it would be to translate your content only once and allow Localazy to handle the rest.

Translate only once and reuse translations 🔗

If you utilize a multi-platform approach like this, you probably currently have your translation files stored in various formats. You might have also wondered how to better manage translations across all of your supported platforms. That’s where the Format Conversions and Connected Projects add-ons for Localazy come in handy. They both achieve similar goals but solve different problems.

Choose Format Conversions to translate two identical files within the same project. It’s a perfect choice for simultaneous development of iOS and Android apps, sharing translations between the backend and frontend of your application, and so on. You can automate the conversion and make it a part of your workflow easily because the add-on is an integral part of the Localazy CLI tool.

Connected Projects help localize apps that are similar but don’t necessarily share all texts. One example can be a series of mobile games, where most basic texts are identical but depending on the theme or story, there is more variety across apps. With Connected Projects, you don’t have to translate each app separately. Once you set everything up, the Connected Projects feature keeps your translations in sync without any extra steps needed, speeds up the translation process by automatically approving matching keys, and allows all apps to tap into one central glossary.

We are aware of the challenges that come with app localization. We know that the translation process can be mundane and even frustrating as your app grows. For developers who want to keep consistently improving and delivering new features for their users, the opportunity costs that accompany localization are high.

With Localazy, you can order translations by our Continuous Localization Team to automatically translate and review your app(s) texts to selected languages. Choose between human-assisted machine translation, reviews or professional translations, and we will handle everything from there!

When you make clever choices, you can afford to be lazy in certain areas, and there is a reason why we incorporated the word lazy into our brand name

Focus on making your app even better while we manage the translation process for you.