One of our users shares his experience with Localazy and how he was able to localize his small media player app into 50 languages for free.

Recently, I worked on a small media player app for Android to play a list of tracks in a given folder on the SD card. One of the requirements was to get the app translated to more languages.

There were only a few strings at the time, but the app was just a proof of concept, and it was supposed to be improved in the future.

I was looking for a simple solution to manage translations and found Localazy. It’s free, and it promised to translate my app into 80 languages for free by sharing translations with other apps, so I decided to give it a try.

I signed up, followed the instructions, and integrated Localazy with my Gradle script. It was simple, and I didn’t need to touch the source code or handle XML files. Neat!

With the uploadStrings Gradle command added by Localazy, I uploaded strings. In a few seconds, new languages are available for my app: 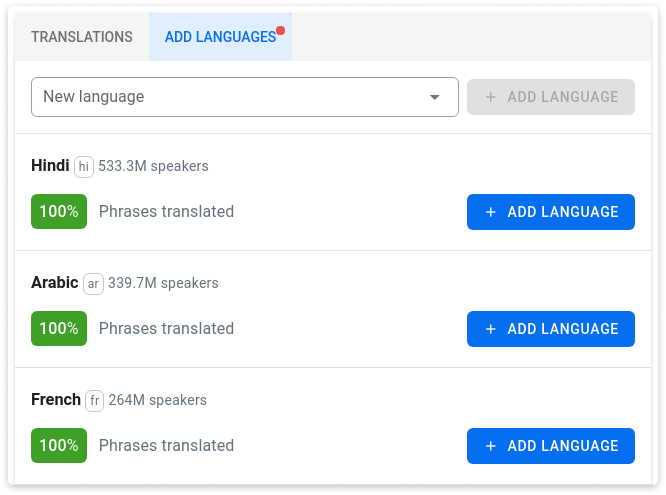 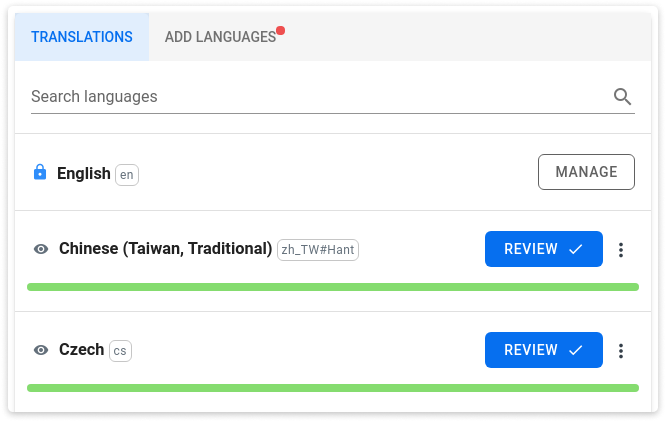 And then reviewed them: 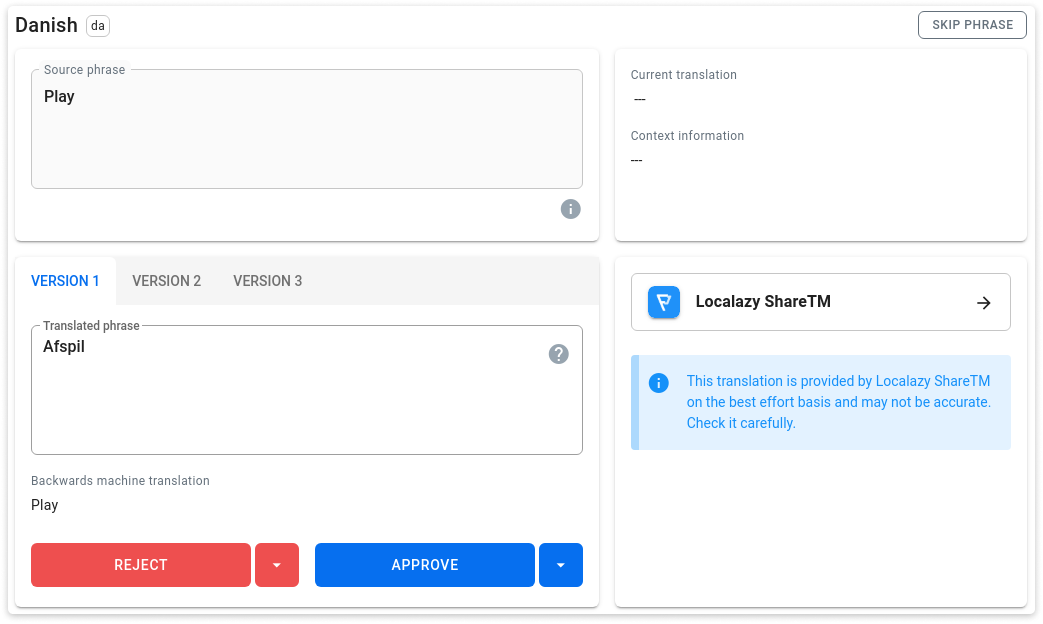 The review is awesome as it allowed me to check that placeholders are correct, etc.

Honestly, the offered translations are extremely accurate. I tried on another of my apps too, and it’s way better than Google Translate. If the string is not available through the shared translations, there are machine translations from Amazon and Google.

Adding a new language to my app took me just a few minutes. And what I totally love about Localazy is that I only cleaned my project and rebuilt it to have all the languages included in the app! Nothing else needed.

It’s not that shocking that my simple app was 100% translated easily, as my strings are common. However, the whole process is enjoyable and seamless!

This post is translated and republished with the consent of the original author.